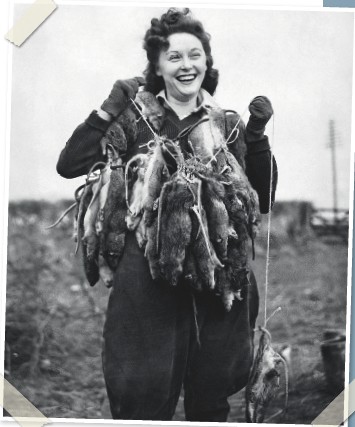 Woman pressed into taking on new responsibilities at work had the challenge of unfamiliar roles to learn – and also the patronising attitudes of the period. For an indication of the tests facing women in the workplace, check out the Daily Mirror’s Stop– and THINK column from July 11, 1940: We were discussing the way in which women are being promoted to fill posts in factories, offices, workshops. Said one man, ‘Putting a woman in authority is like putting a child in long trousers – they’re both certain to trip themselves up.’ You’ve heard those disparaging remarks about women bosses as often as I have. The pity of it is that so often they are true. And now women who have never been more than subordinates are tasting authority for the fifirst time. It is a heady draught. How easy to fuss like an old hen, putting one’s staffff offff their stroke; to be on one’s dignity; to bluster and bully like Hitler’s big sister. Yet though the bossy busybody makes the most noise, she doesn’t get the most out of her staffff. The quiet, calmly confifident woman does that. She asks people to do things – but they know it is an order. She listens to their suggestions – but those suggestions must be good. I said she was confifident. That is her secret. Too often the blustering exterior of the bossy woman hides an inferiority complex.”