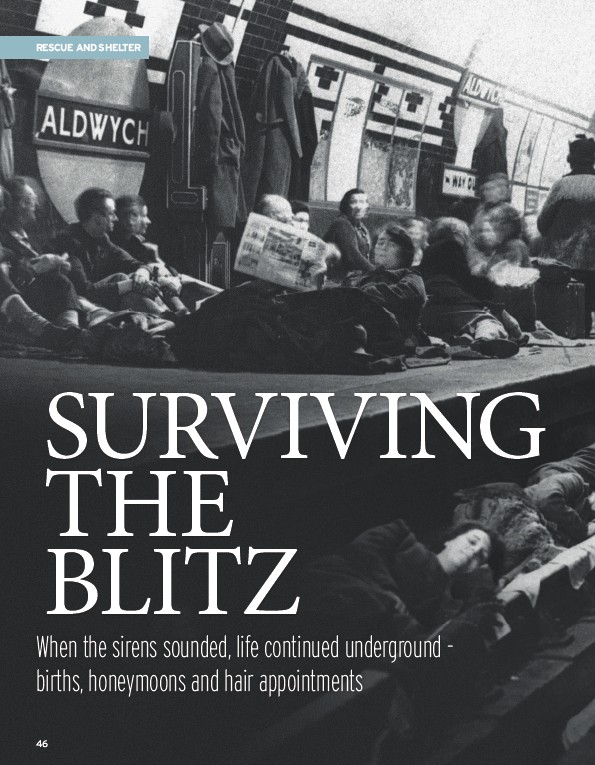 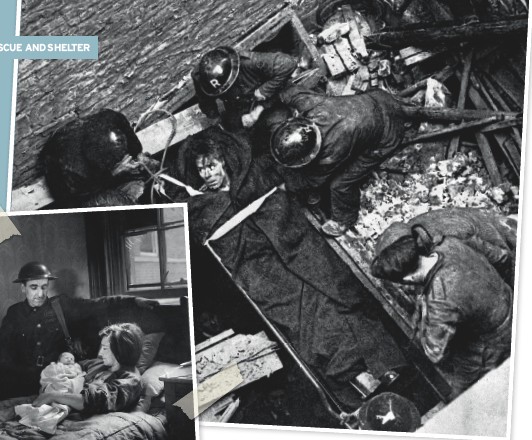 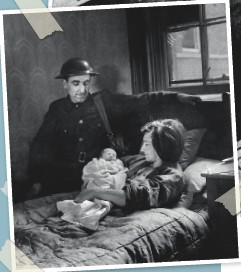 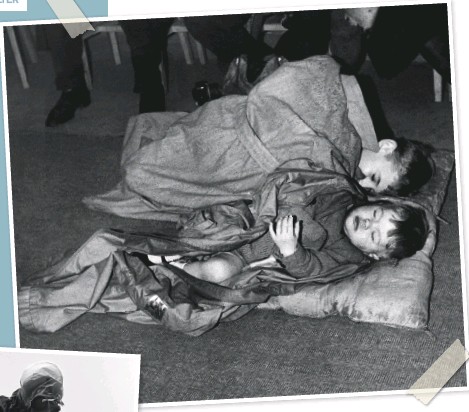 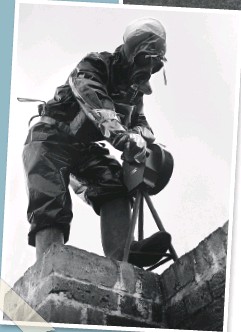 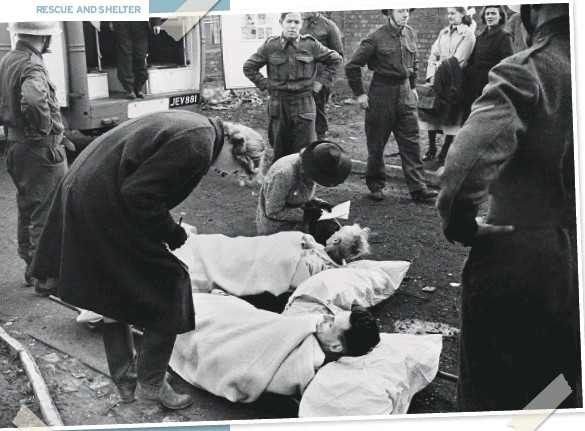 Along with gas masks and blackouts, air-raid shelters became a part of everyday life in wartime Britain, especially during the Blitz. During those months of heavy bombing, the frequent and unwelcome sound of wailing sirens would send everyone running off to seek safety. If you were out, you might look for a street shelter, or run into the basement of a public building. Some three-million homes erected an Anderson shelter in their gardens. Given to poorer families for free, these structures of corrugated iron weren’t the most attractive – some families would spruce up the outside with plants and shrubs – but they were robust and a few still survive today. Many people without shelters chose to take their chances at home rather than spend a sleepless night in a public one. For those living in bomb-ravaged London, the Underground became a mass air-raid shelter during those deadly night-time assaults. Dirty, smelly and overcrowded, the Tube platforms could be crammed as much as three deep, with people queuing for the best place next to the wall. On one of the busiest nights in 1940, there were an estimated 177,000 people sleeping in the Underground. For Londoners who preferred their shelters a little more upmarket, the sub-basement in John Lewis, Oxford Street, boasted gramophone music, refreshments for sale and, just to keep things fragrant, an attendant would spray the air with disinfectant. With the coastline also under siege, even Vera Lynn’s beloved white cliffs of Dover became an air-raid shelter, as people sought refuge in its warren of caves. It was during punishing air raids that an army of Home Front heroes emerged. At considerable risk to their own lives, a network of volunteer ARP (air-raid precautions) wardens were always on hand to help people to shelters and administer first aid where needed. They saw life in all its extremities as they patrolled the darkened streets during enemy attack. Sometimes it was their grim duty to uncover bodies from a wreckage, while others found themselves acting as an impromptu midwife when the stress of an air raid brought on labour. On December 29, 1940, when London was hit by one of the most blistering German raids, it took 100-million gallons of water to extinguish a total of 1,400 fires. Not for nothing did firefighters become known as “heroes with grimy faces”. Rather than sending the nation spiralling into despair at the losses suffered, Hitler’s campaign of terror only served to strengthen the nation’s resolve to carry on with hope and humour. Inside air-raid shelters people sang, danced, spent honeymoon nights, had babies, learned French, did keep fit and enjoyed a nice shampoo and set, among other things. As the Mirror’s collection of images reveals, the little matter of an air raid wasn’t going to get in the way of life. Given their courage and dedication to helping others, it was no great surprise that several ARP wardens earned a prestigious George Cross for valour. Firefighters, medics and emergency services, meanwhile, were stretched to the limit, as the Luftwaffe scored direct hits on civilian and industrial targets.