A vision of British cities taking the force of the German aerial onslaught - the devastation, the huge blazes, the ruined homes 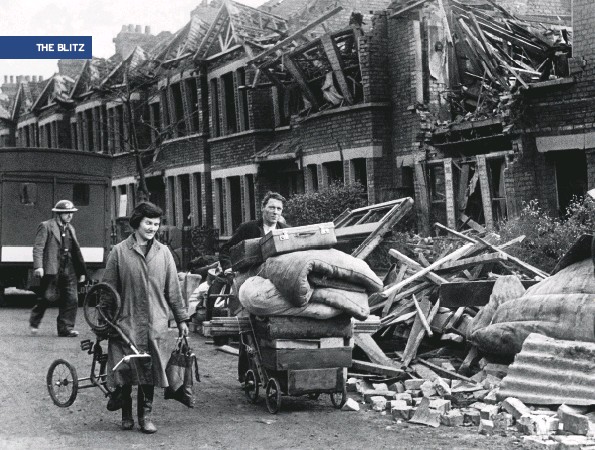 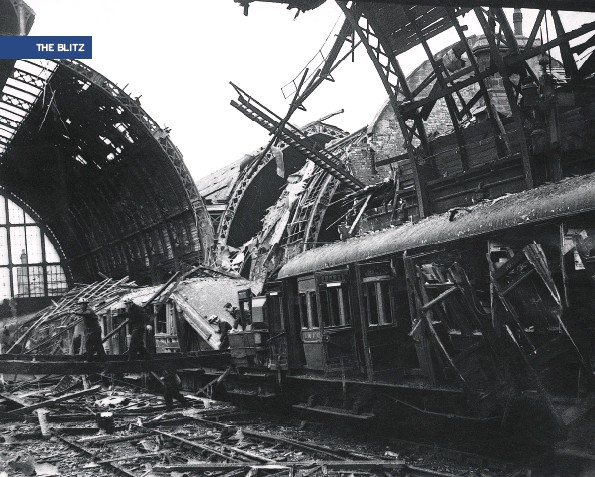 The assault began on September 7, 1940, with the first major daytime raid on London. It was a sunny afternoon and many Londoners were outside enjoying the sunshine, unaware that 350 German bombers were headed their way. At 16.43, the peace was broken by the sound of air-raid sirens and for 12 hours the Luftwaffe unleashed their high explosives on a shocked capital. On that fateful day, which came to be known as Black Saturday, 450 people lost their lives and a sinister new word was introduced into the language of war: Blitzkrieg, meaning lightning war and otherwise known as the Blitz. The Luftwaffe returned to London the next night and for a total of 57 consecutive nights dropped bomb after relentless bomb on the city. And though London was the worst hit, the Germans targeted a total of 16 cities, including Liverpool, Belfast and Birmingham. The Blitz lasted for eight months until Spring 1941 and during that time German bombs killed 43,000 people across the UK, half of them in London. The damage to the cities was devastating and unimaginable, with many streets wiped out. The Nazi plan was to attack major cities and docks to disrupt imports of food, as well as hitting munitions factories. It was also a war of attrition on the British people and for those living through it, a hellish time. Nights were spent in air-raid shelters, gas masks at the ready, days spent on constant alert for the dreaded sirens. After an air raid, you may turn the corner not knowing if your home was still standing, or if your family, friends and neighbours had made it to safety. You may have to identify their remains among the rubble. And if the bombs didn’t get you, there was a risk of death or injury on the darkened streets. But amid all the death and destruction, people found a way to survive, stay cheerful and to help one another, many putting themselves in danger to save the lives of others.