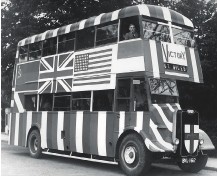 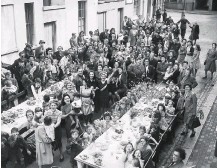 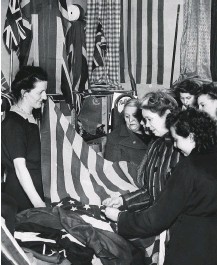 After a long five years, eight months and four days of conflict, the British people and their allies were able to finally celebrate victory. The Third Reich had been defeated and the war in Europe was over. This had been a total war. All of Britain had been mobilised to support the drive for victory. Whether directly engaging the enemy, toiling in the factories, mines and dockyards or labouring on the farms that worked to help feed a nation, everyone had their own role to play. Children in cities had been forced to leave their homes and families behind to head for the relative safety of small towns and villages. The front line was no longer in some far off foreign field. It might just be on your very own doorstep. The spontaneous outpouring of joy that followed the announcements officially ending the war were therefore as unsurprising as they were remarkable. Across Britain crowds gathered together in huge numbers to sing, dance, cheer and generally make very, very merry. A Daily Mirror reporter, dispatching copy from London’s Piccadilly wrote “This is it - and we are all going nuts! Gangs of girls and soldiers of all the Allied nations are waving rattles and shouting and climbing lamp-posts and swarming over cars that have become bogged down in this struggling, swirling mass of celebrating Londoners.” Prime Minister Winston Churchill personally insisted that the Ministry of Food provide enough beer to pubs in London, the epicentre of the celebrations. Even so, many of them had been drunk dry by the end of the night. For most though, the end of war also meant a chance to reflect. Many still had family members or friends who remained posted overseas and for a great deal more, it was a chance to remember their loved ones lost forever. An entire nation had collectively endured incredible loss and deprivation. Their darkest hour was over.